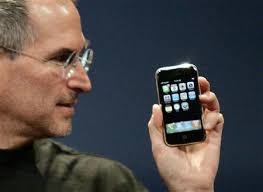 I have never had the privilege of meeting Steve Jobs in person, but like many people around the world, from Presidents to young students on campus, I was incredibly saddened by the news that after a long battle with pancreatic cancer this incredible man has left our world and went into another realm.

A man who was a true visionary yet remained down to earth, concentrating on creating things that continue to change our lives for the better, on teaching his staff and people around the world and remaining true to his human essence without letting his status as one of the most creative businessman of our times get to his head. He always preferred the products that he and his team created to speak for themselves, never seeking personal publicity or socialised for socialising sake-a world is left a darker place without his energy and light! Hope his soul rests in peace……

p.s my friend Anna, who has been a long-standing fan of every gadget Apple and Steve Jobs, e-mailed me today, saying that she re-watched